“Grief, is like the one note that reverberates through all notes,” Karen, my partner of thirty one years said – out of the blue – as we sat on our deck watching the sun go down.  I thought about what she said – something about it instantly resonating.  We sat in silence.  There was really nothing I could say and nothing that was necessary to say – in that moment.  Earlier, we had spoken of grief and how each in our own way, we were learning to forgive and to heal some of our deep core wounds and in turn how we both are starting to see our parents and their wounds in new light, through new eyes.

I never knew my dad though I saw him everyday as he left for work and when he dutifully returned.  Dad was not happy at home. Dad was seldom available or present when he was around us – me – the family.  He almost always seemed pre-occupied and someplace else in his head.  His expressions and behaviors cried out to be left alone.  So it seemed he was always looking to escape – searching for a way out.  And he was, of course, I can see that now.  But back then – around the age of five I could not, so of course I did what the 99% of American children do.  I told myself “what ever the reason was that he was the way he was and didn’t love me, it was my fault.”

“Like two ships passing in the night,” is how the family characterized our relationship and that metaphor encapsulated my “dad story” through adolesence and clearly beyond. Living at home I could not understand what I had ever done or how I could be different or if I needed to be different to earn his love for me. As I grew older we became more distant and I grew to feel embarrased and ashamed of my father – of the ways he seemed so defeated by life.  The last words dad said to me were “damn right I feel impotent and just want to die.”  He did, a year later in his bed after a long trip to China.  The coroner’s report said “heart failure.” 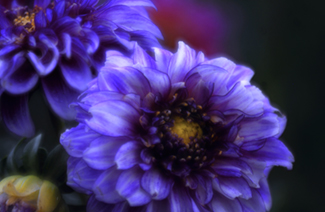 The memorial service for him overflowed the funeral home.  Over a thousand people showed up to pay their respects.  As absent as dad was from home he was extraordinarily well known, respected, and loved by hundreds of families and special needs children; by the state of Missouri for his work developing, building, and implementing the state’s first Special Education programs, and for his compassion and his strong advocacy for special needs kids  – for “kids who are different.”  Dad touched many lives – many hearts and his work made a difference to thousands….but for years I felt lost, lonely, sad, angry, and confused. Why them and not me?  Today, in my grief, I feel a hunger, an emptiness and a longing for his touch.  I only remember him touching me once – a spanking that pleased more than punished.  I don’t remember ever holding his hand, feeling his arm on my shoulder or his fingers tousling my hair, I don’t remember being held by him.  And so one of my roles and stories became variations of the “love starved-abandoned child.”

A few years back when I saw that I could walk this Buddhist path and that doing so would transform my life I had an inclination that I needed to cultivate a practice of forgiveness for my parents for the suffering they caused me; for the suffering I have caused others; and of the suffering I have brought upon myself.  Jack Kornfield, in his book Wise Heart offers beautiful and poweful healing words to cultivate an attitude of openness and to cultivate a compassionate heart.  But at the time I was not ready to do this kind of heart work and the Dharma demonstrated that by putting up road blocks which lead me down a different groove that I needed to learn.  Pure and simple, I needed to learn to love myself.  To hold myself in loving kindness, to hold myself as a mother holds her only child.  I could not do this alone.  I needed a guide to help me uncover and experience the nobility of our human heart.

Our’s is a blessed and a buzzing town.  We have an active Sangha staffed by four extraordinary individuals.  Teachers of and fellow travellers on the path loosely called Vipassana Buddhism.  I sought out help with one of the teachers.  Our’s were powerful encounters and I was addicted to them right off the bat and the teacher was too so it later turned out.  Long story short, I received exactly what I needed from the teacher to continue this unraveling of the stories I’ve wrapped myself up inside of – and – it reached a point that the teacher had to fire me.

Unfortunately I was fired by phone and the conversation was pretty one-sided and I was unable to share and express myself.  So, I was left holding the bag, so to speak – unable to fully let go of our former relationship and unable to begin anew. But that too has turned out to be a very good thing.  I needed a full year to speak of this sudden dismisssal from the Teacher.  There were energies I needed to experience and explore on my own and I could only do it on my own:   “Robert, seek within that which you so desperatly grasp without,” my teacher had exhorted me to remember.

One of the last teachings that termination day was: “Robert, don’t go into the shame.”  And the words were timely and uttered from a heart of deep knowing and deep care for me.  But I could not heed them.  Going into the shame was exactly where I needed to go and to go there safely I needed help and for that I found a wonderful therapist who helped me explore the dark places I needed to know.  And when therapy came to a natural stopping place, I saw that it was time to share the fruits of the dharma and of these healing and therapeutic  experiences which were made possible by showing me the true nature of my heart – showing me how to hold, love, and soothe myself.  I made the call and we met. And it was wonderful.  Clean and clear. And the next day I crashed  feeling the relief and the grief of finally laying down the bag.  Then, out of the blue, daddy arose from the grave.  “Grief comes bundled,” my partner advised “and when grief comes up it brings or can bring all of our other losses too.” 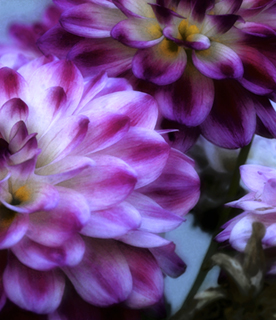 Over the years I’ve come to see some things and to make a different sense out of the enigma that was my father. Dad, as I see him now was a homosexual living in the heart of the Bible Belt – in the 1950’s.  He was married to an equally lost woman who suffered from a narcissistic personality disorder and was prone to psychotic depressions.  He had two kids a dead-end job, and was stuck.  What was he to do?  what must he have thought – of himself – his desires and attractions which must have seemed so perverse, so disgusting.  So un-Christian like!   I understand shame but man!  I cannot  imagine the shame he felt being a gay man in those days in that community and being in the public eye.  I know all the shame and hiding – all the guilt and anxiety and all the mental machinations one must do to keep the Shadow tucked safely away, of waking up each day and being at war with one self – one’s body; all the worry, fear and anxiety of being discovered and the resultant humiliation in having all of one’s carefully guarded secrets exposed; these factors, I firmly believe created and contributed as much to his poor health and loss of will to live, as did his “stealth” cigarrette smoking.  They have certainly contributed to mine.

Dad never taught me manly stuff like how to catch a ball, fix a flat, shave, have sex, but he did teach me how to survive the toxic home life we shared.  He taught me how to hide.  I became very good at this – and I must add, creative.  in addition to escape through physcial separation and learning which bushes were best to hide behind, I became adapt at drumming and delusion and dis-association which morphed into fantasies, theological constructs and addictions – all of which arrived replete with ample shame and guilt to assist the all important function of keeping my light – my lamp – hidden away for “safe keeping” in my Shadow.

I see now I know in my heart he would have been appalled to realize that by trying to protect me by avoiding me he inadvertantly passed on to me an obsession with secrets and the attendant  shame that naturally arises when parts of our selves are kept locked up – hidden clean out of sight  and shoved back down into the Shadow rarely to see the light.  I learned those lessons very well…..what son doesn’t want to please his dad?  But as heroic as he might have seemed in his own mind, his actions were cowardly and mis-guided.  His intentions were honorable but the outcome was harmful.  Just like me, Dad was a bit delusional.

So, after the immediate experience of release a grief arose when I laid to rest the saga of my first dharma Teacher experience.  Only this time when dad popped up out of the graveyard of my unconscious I understood in a new light and saw with new eye’s – and the old story of dad being distant, abandoning, cold, and unloving dissolved.  With new eyes and an awakened heart I  saw that dad was in tremendous pain and doubt and confusion.  I understood how tortured he felt living this lie – being a gay man in a community and a society that just did not and still cannot fully embrace someone who is different in this way.  I began to see his behavior towards me in a totally new way – a healing way.  Putting myself in his place it all came together.  He had abandoned me in order to save me.  He loved me deeply and deeply feared that somehow I might be like him – be gay and he knew how much pain and suffering I would endure if that was the case.  His distancing, his aloofness, his inability to touch me all came from his desire to protect me…..because he cared so deeply for me…his sacrifice was a vain attempt to save me from such anguish and pain (and also spare himself). This is not an uncommon act for parents to do.  Dumbledore distanced himself from Harry for the exact same reason and it rebounded on them just as it did on dad and I. 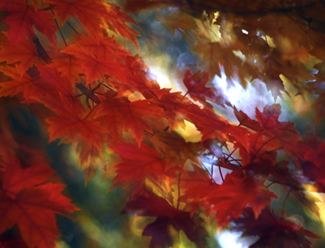 Yes, there is healing to do.  There is forgiveness to give and to receive – and that will happen -it is happening.  I feel this truth in my body.  This new version of an old story is a liberating story.  I am learning to accept the things I cannot change and to open my heart to all things….”to see the inner nobility and beauty of all human beings” (Wise Heart, pg 12) and in this process and on this path I am learning to love myself, and now, I have re-discovered my father’s love for me and right now this love burns bright.   In this lifetime it seems one of my challenges’ is learning to love and to mother myself and now…maybe to father myself…..the child becomes the father to the son….and the son befriends and fathers the child within….

5 thoughts on “The Child is Father to the Son”